More often than not when people think about racism in film, and in life they jump to racism directed towards African Americans and First Nations stereotypes.  Isn't that automatic jump to these two cultures pretty racist? The face is that racism is present in all cultures and towards all cultures and peoples.

Criticism for Pinocchio seems to be mostly centred around two groups, Jewish and First Nations.  People have interpreted the character of Stromboli as a Jewish Gypsy.  Stromboli's pre-occupation with money and his anger when someone throws a metal slug on stage instead of legal tender certainly plays to the stereotype of Jewish men as misers focused on money, loans, and wealth.  This stereotype has been explored countless other times, perhaps the most well known being in William Shakespeare's The Merchant of Venice where the character of Shylock is a Jewish money lender in the city of Venice.  He is seen as unloving, uncaring, and blood thirsty with the mantra of "I will have my bond".  But where does this stereotype of Jewish as misers and money lenders come from?


Well it all comes from the widespread of Christianity throughout Europe.  Christians were not supposed to lend money and expect it back in return, especially with interest.  Jewish did not have this same moral focus.  Christianity is rooted a specific morality and love of all people while Judaism focuses more on the importance of the law, The Torah.  Because of this, Jewish people made a business out of lending money to Christians and charging interest on that money, before there were centralised banks.

Coming back to Stromboli, He seems quite Italian to me, be doesn't seem to be animated with any stereotypically 'Jewish' facial features.  In my mind Stromboli is a gypsy trying to support himself by putting on a travelling puppet show.  In addition to that we see that he drinks a fair amount which could lead to his anger management issues.  Perhaps there is a reason that he works with puppets and not other humans, because he is a horrible man with a vile temper.

The Adventures of Pinocchio by Carlo Collodi was first published as a serial in Italy in between 1881 and 1883.  In the story Collodi focuses of a misbehaving puppet and does not focus on the ideas of a higher morality and conscious that are so dominant throughout Disney's film.  Instead it seems to tackle the real and practical issues of life in Florence and the struggles of finding the bare necessities of life, food, shelter, etc... in Florence. 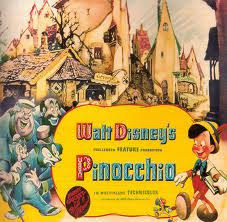 If Stromboli is a Jewish miser then Collodi is contributing to the traditional treatment of Jewish people in his time and the time before him.  He is building on the tradition of discontent amongst Christians who simply did not understand the concepts of interest on money loans.  It was not part of their religion and against their morality which led Christians to view Jewish as morally inferior to themselves.

However, let's not forget that Stromboli has an identifiably Italian accent and he curses repeatedly in Italian, not an identifiable Jewish accent and he does not curse in Hebrew.  Finally, the name Stromboli is a distinctly Italian name, named after the Volcano of the same name.  Stromboli translates to 'fire-eating' or 'fire-spewing' which describes both the behaviour of a volcano Stromboli's bad temper and attitude. 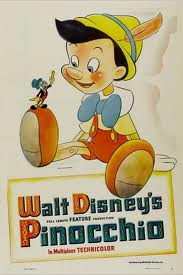 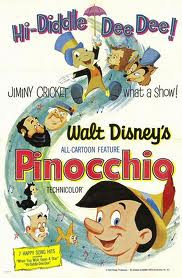 Disney's Pinocchio was released in 1940.  Historically we are looking at the period of the Holocaust here.  the Holocaust, or systematic persecution of Jews in Germany and German occupied territories by Adolf Hitler and the Nazi party.  The Holocaust 'started' around 1933 and lasted until 1945.  Given that the Disney Company produced several anti-Axis country and anti-Hilter short films during World War II I have a hard time believing that the company would use Stromboli as a Jewish stereotype.  Stromboli is not Jewish.  He does not look Jewish, he does not sound Jewish, he is Italian.

The only similarity he has to a Jewish person seems to be the similarity between Stromboli and Jewish men as money lending misers.  If this is enough to make Disney racist for viewers then they need to examine why they themselves see Jewish people in this way and interpret Stromboli in this way.  It is not Disney that is racist in this case, it is the viewers.


Posted by Alison in Wonderland at 15:46